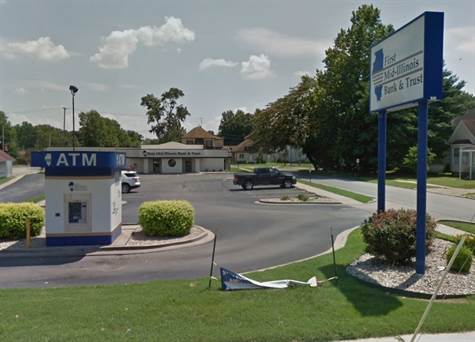 Harrisburg is a city in and the county seat of Saline County, Illinois, United States. It is located about 57 miles southwest of Evansville, Indiana and 111 mi southeast of St. Louis, Missouri. The 2010 population was 9,017, and the surrounding Harrisburg Township had a population of 10,790, including the city residents. Harrisburg is included in the Illinois–Indiana–Kentucky tri-state area and is the principal city in the Harrisburg Micropolitan Statistical Area with a combined population of 24,913

Harrisburg is, not only the county seat, but the commercial hub of Saline County. It holds the major shopping centers, restaurants, banks, and other commerce within miles. Harrisburg holds the county’s only Wal-Mart and several grocery stores. The Harrisburg-Raleigh Airport is located approximately four miles north of Harrisburg on Highway 34. The City encourages expansion or relocation of business by providing infrastructure needs, access to utilities and land acquisition at a competitive price

More than 270,000 acres (1,100 km2) of Shawnee National Forest lie to the south of Harrisburg, drawing visitors annually to the Saline County area and the gateway community. The Shawnee National Forest offers much to see and do. The national forest has 1,250 miles (2,010 km) of roadways, some 150 miles (240 km) of streams and frequent waterfalls, numerous ponds and lakes as large as 2,700 acres (11 km2) (some with swimming beaches), 13 campgrounds, many picnicking sites, and seven wilderness areas where trails are designed for hiking and horseback riding.

P2#444403393
top
Information is deemed to be correct but not guaranteed.
Seller Login